We have two more exciting collections to spotlight: pay tins and our portrait of Richard Garrett II! 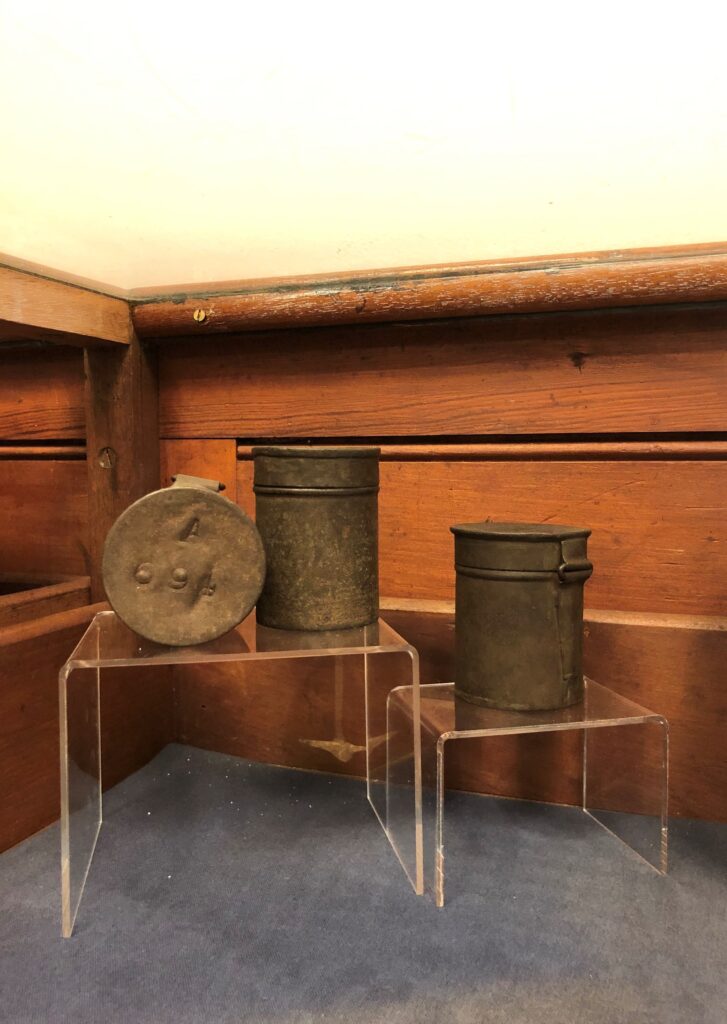 Up to the First World War wages were paid entirely in coins which were put in to pay tins with the worker’s tally number stamped on the lid. If you were lucky the coins may have included sovereigns, which were British gold coins worth one pound.

Each Friday night trays of pay tins were taken by the Tally House messenger boys to the workshop foreman, who would check the tally numbers of each worker and give him his tin.

He became an agent to John Ball, who was the patentee of a much improved threshing machine. Richard later started to produce these machines as the business began to expand.

The artist of this portrait is unfortunately unknown, however it is oil on canvas. This artist has done a number of other paintings of the Garrett family, such as paintings of Sarah Balls (Richard II’s wife), Elizabeth Garrett and more.

These objects are important, the pay tins provide a reminder to how things were and the portrait allows us to give a face such a famous name!

Dates for your Diary!