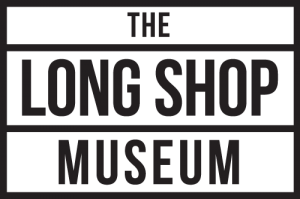 1919 was a year of thanksgiving and remembrance as people in Leiston returned to life in peacetime.

The Treaty of Versailles, officially ending the war, was signed on June 28th, 1919. Most celebrations across the country took place on Saturday July 19th, known as Peace Day. 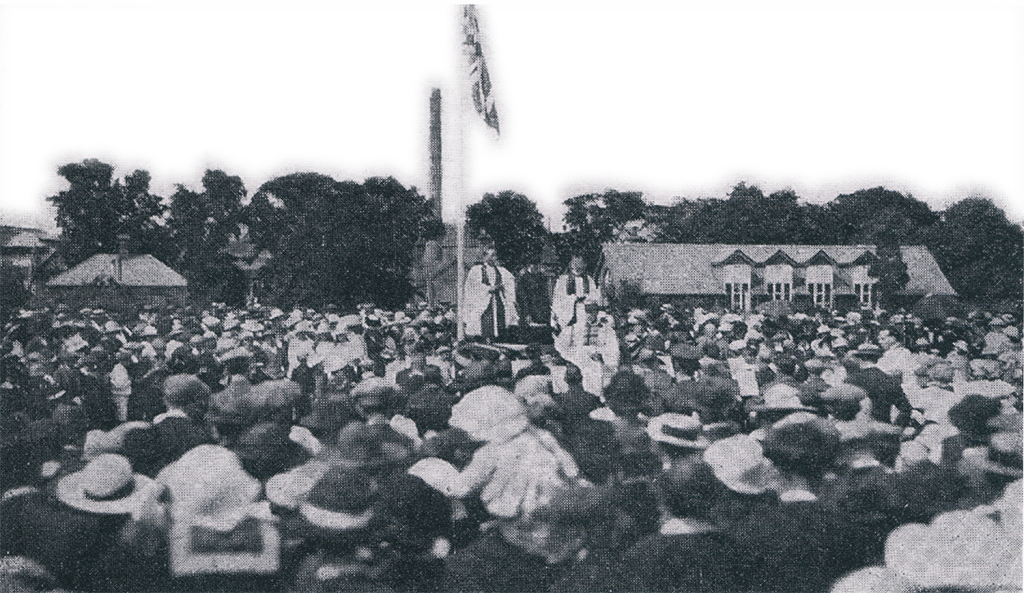 The service of thanksgiving after the Works Brass Band headed a procession to the Recreation Ground, Leiston. 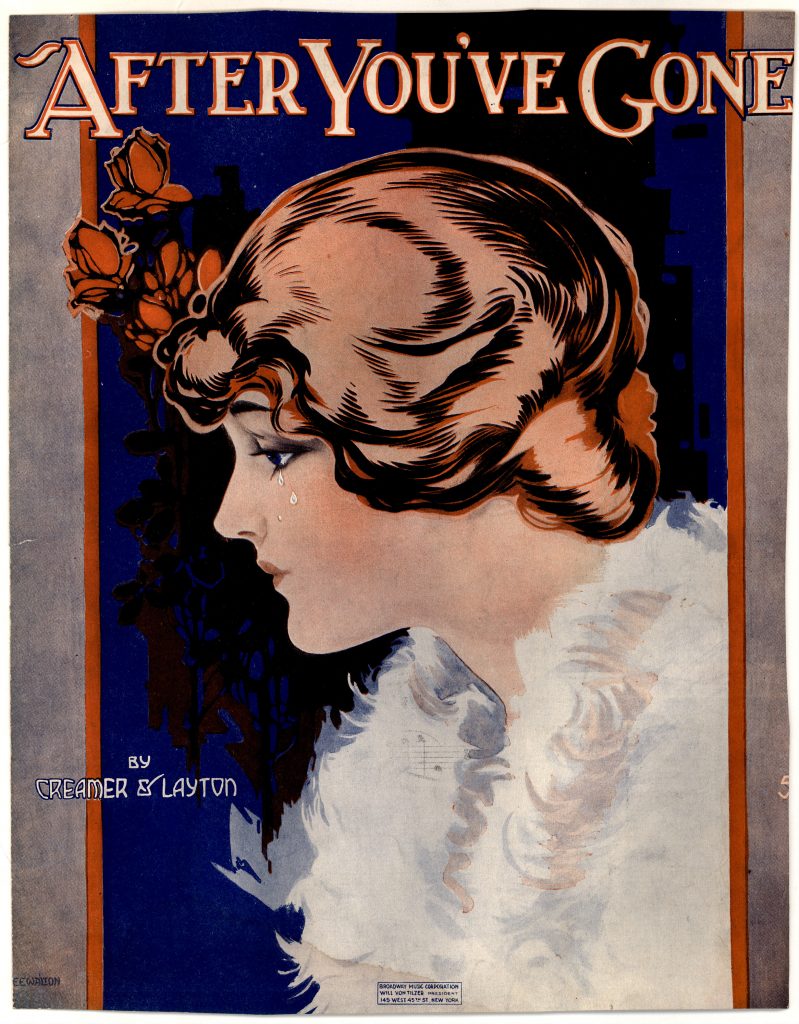 Listen to 'After You've Gone"

TEA FOR THE BOYS

For ‘The Boys’ - nearly 400 demobilised men, including Colonel Garrett - a special tea was held in a marquee, with entertainment from Mr Gunthorpe’s Concert Party – a mix of song and dance. 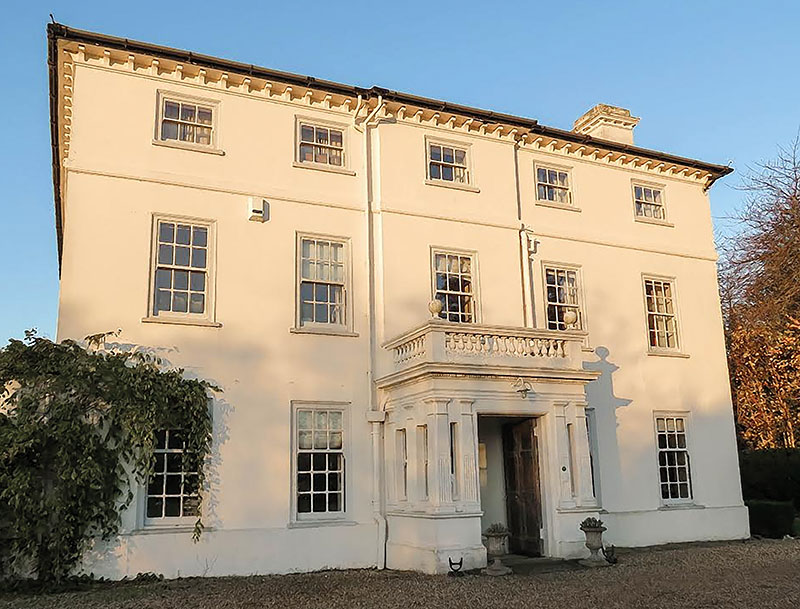 Later in the day, a fancy dress and cycle parade went from the Junior School to the Cupola, followed by dancing till 9 pm, when a torch-lit procession, led by the Works Brass Band, progressed to a site near Sizewell Road. Here a bonfire and spectacular firework display completed the day.

‘One and all went home saying it was the best time they had ever had in their lives’. 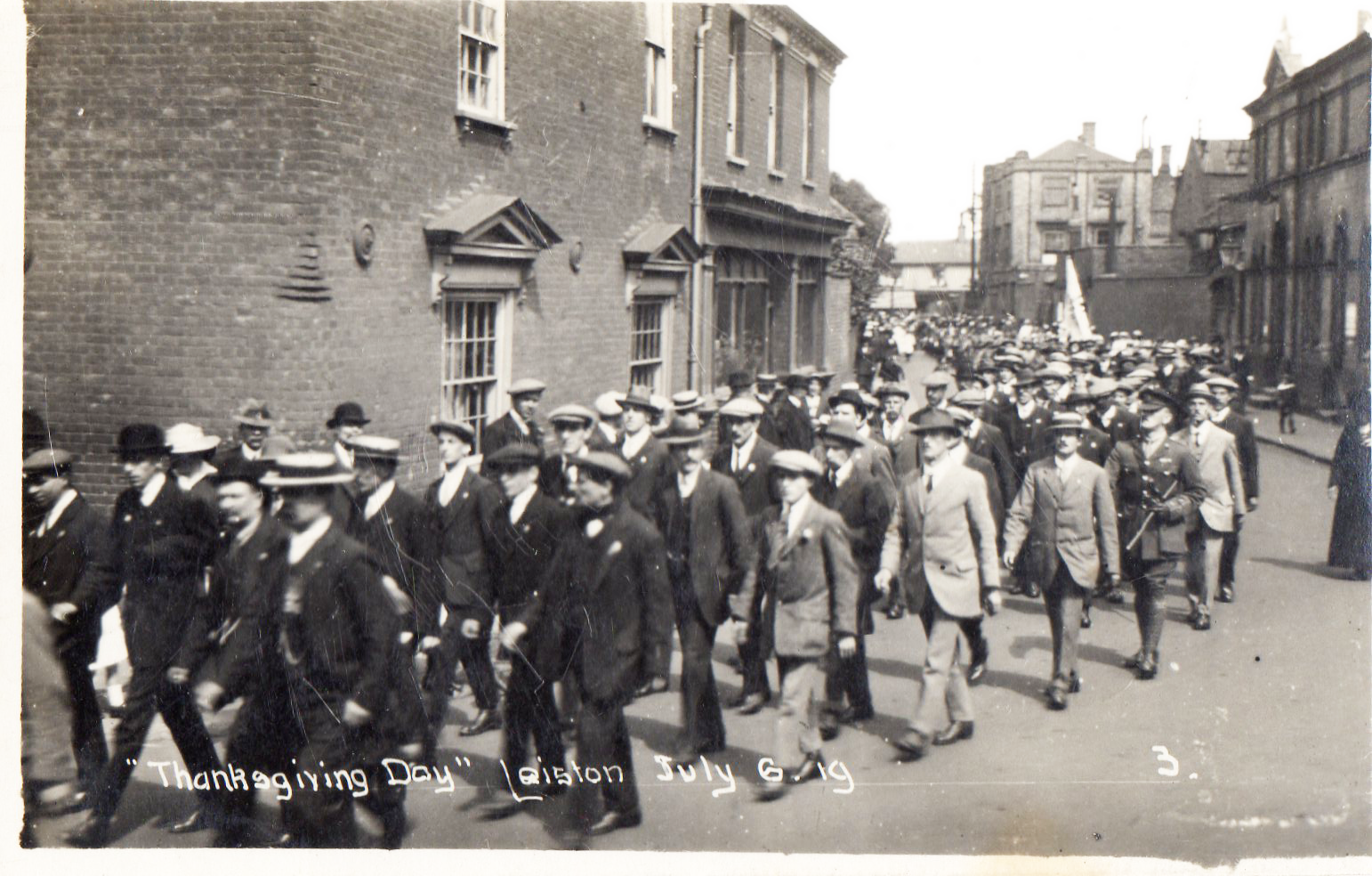 An aerial photograph of Leiston, taken in 1920 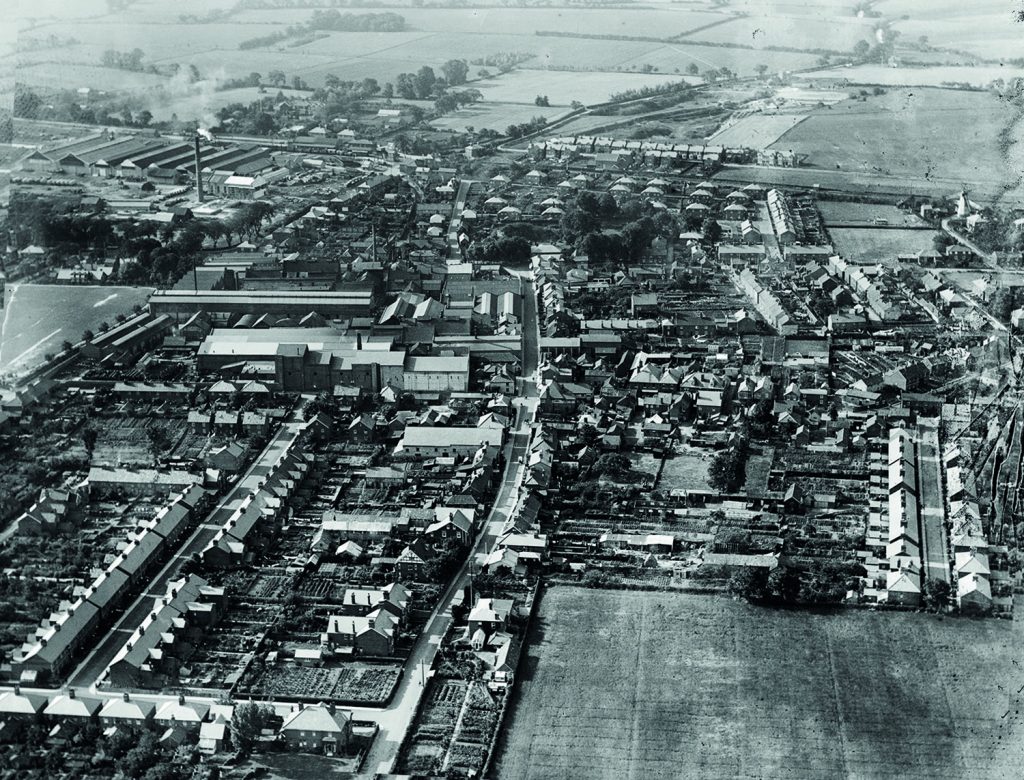 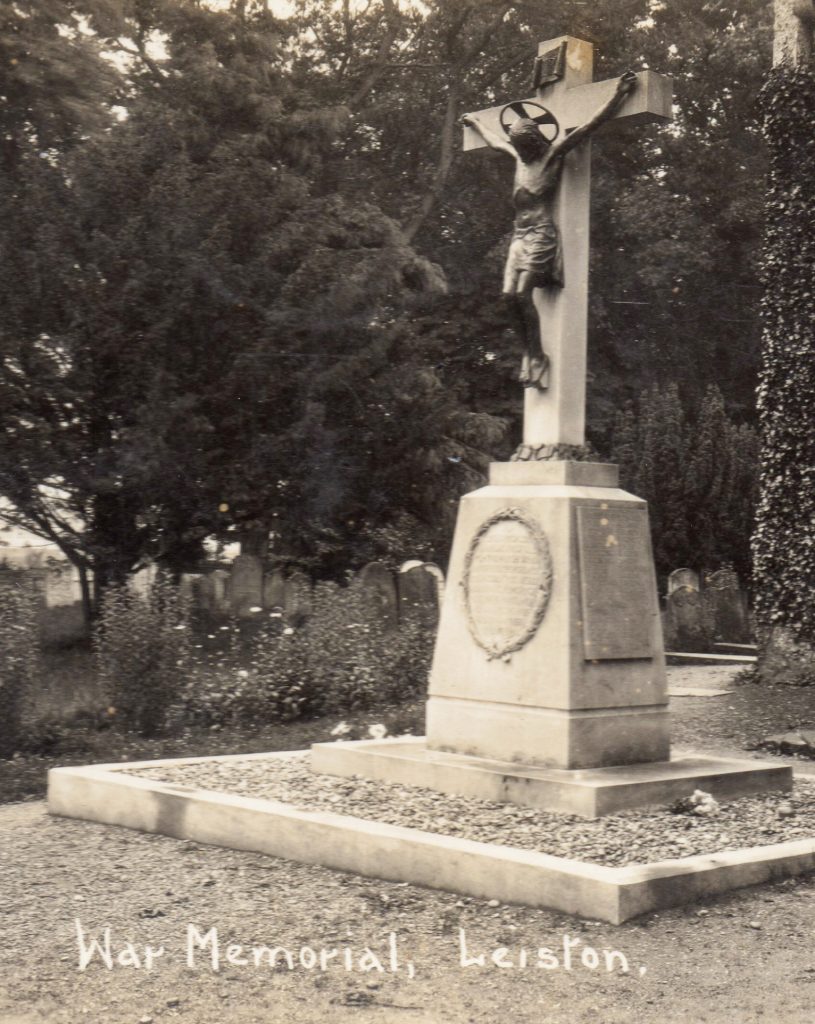 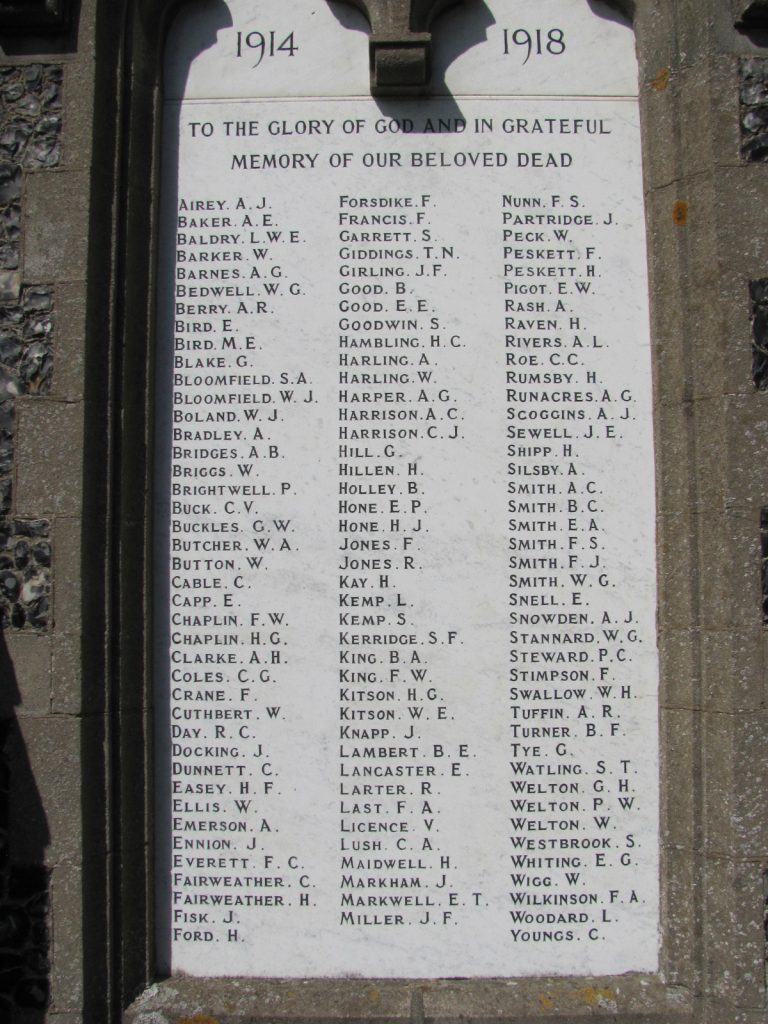 116 Leiston men died in the conflict. They were commemorated in the memorial unveiled on 5th October 1919. 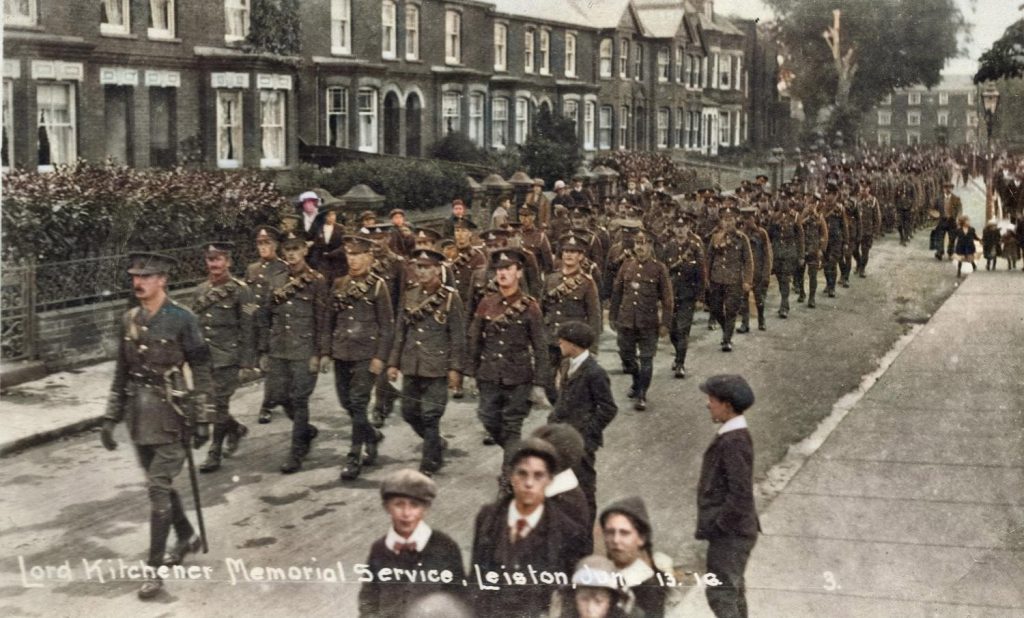 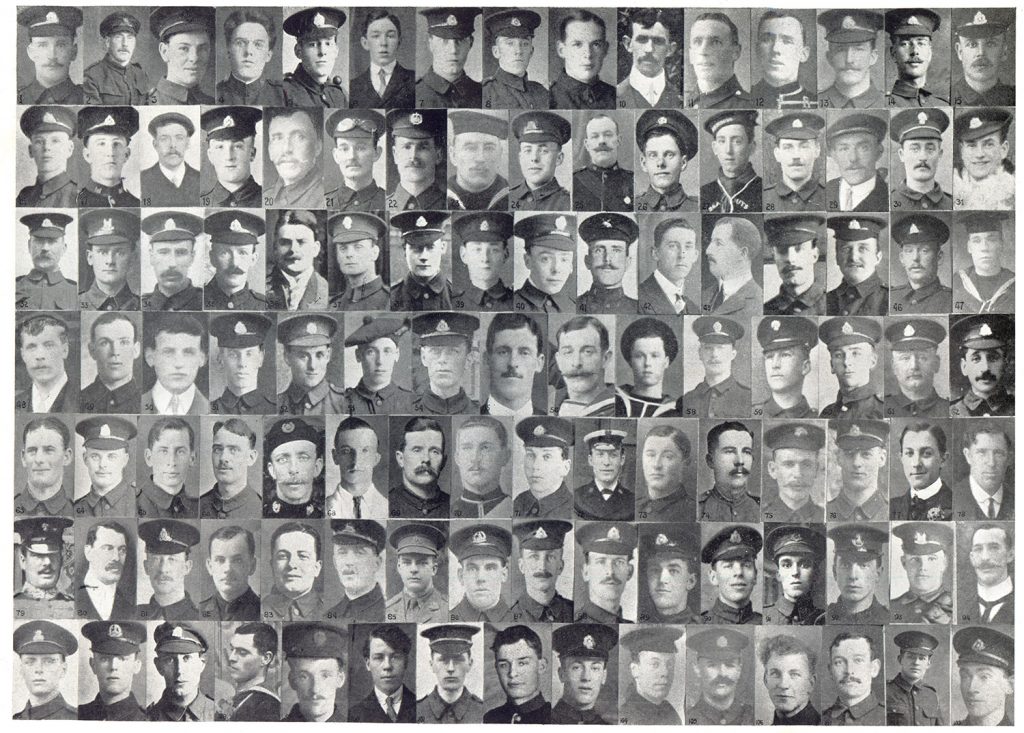 Charles Doughty-Wylie was born at Theberton near Leiston in 1868, the son of Henry Montagu Doughty and his wife Edith of Theberton Hall. Charles studied at Sandhurst and became a successful career officer, serving in various campaigns from 1895 onwards, including the Boer War, and earning several honours. Aged 46 at the start of the First World War, Doughty-Wylie was a Lieutenant Colonel in the Royal Welch Fusiliers. Because of earlier military experience in Turkey, he was attached to headquarters staff for the Battle of Gallipoli. It was here that, together with fellow officer Garth Neville Watford, he organised a successful attack on a strongly defended Turkish position at the village of Sedd-el-Bahr. Both men lost their lives in this action on 26th April 1915, and were awarded the highest military honour, the Victoria Cross, for their ‘initiative, skill and great gallantry’.
Click Here

Frederick, like his brother, was born in Leiston. He was employed by Richard Garrett and Sons before the war and worked in the boilershop as a labourer. On enlistment he also joined H Company. Like his brother, he managed to survive the Battle of Neuve Chapelle, where many Leiston men of H Company were killed.

Frederick and his brother Bertie fought at Arras, France in 1917, Frederick was killed on 21st April and Bertie died of his wounds just eight days later.
Click Here

Stephen was the third son of Frank Garrett Senior and his wife Mary Anne, and the younger brother of Lt Col Frank Garrett. Stephen was born on 6th September 1878 at Aldringham, married Mary Marples in 1905, and the couple had four children between 1906 and 1913. Before the war, he worked alongside his brother and father at the Leiston works, where he was known as an innovator. With the Crawley brothers of Saffron Walden, he worked on the development of an ‘agrimotor’ powered by an internal combustion engine. With his death in the War, Garretts lost their impetus in developing motor tractors. The Great War saw Stephen serving under his brother Frank in the 4th (Territorial) Battalion of the Suffolk Regiment. He was killed at the Battle of Neuve Chapelle on 12th March 1915 alongside many Garrett workers in Leiston’s H Company.
Click Here

Frank was born in 1878 at Leiston, the fourth of 10 children of William John and Patience Forsdike. He was employed as a mould maker at Garretts and also worked as a coal merchant. His military career started in the 1st Voluntary Battalion, Suffolk Regiment. In 1901 he joined the 43rd Suffolk Company, 12th Battalion Imperial Yeomanry and served in the Boer War, where he was severely wounded in January 1902. He was discharged as a Lance Corporal in August 1902. In 1906 Frank emigrated to Canada, but returned to Suffolk in 1911 and in 1913 married Myrtle Cole. The couple went back to Canada where their daughter Florence was born. Frank joined the 4th Canadian Mounted Rifles in November 1914, and was promoted to Corporal in August 1915. On 2nd June 1916, his company was engaged in the Battle for Mount Sorrel near Ypres, during which Frank Forsdike was lost without trace.
Click Here

Bertie, born in Leiston in 1894, was a bricklayer’s labourer before enlisting. He served firstly with Leiston’s H Company, 4th Battalion, Suffolk Regiment before transferring to the 7th Battalion, East Yorkshire Regiment.

He and his brother, Frederick King, fought at Arras, France in 1917, where Frederick was killed on 21st April and Bertie died of his wounds just eight days later.
Click Here

Born on 10th May 1895 at Leiston, William was the second of seven children of William Cornelius and Sarah Ann Butcher. In 1911 William was an engine turner employed by Richard Garrett and Sons before enlisting in the 4th Battalion, Suffolk Regiment. He fought with Leiston’s H Company at Neuve Chapelle, where he died on 12th March 1915.
Click Here

The Long Shop Museum is a charity registered with the Charity Commission for England and Wales. 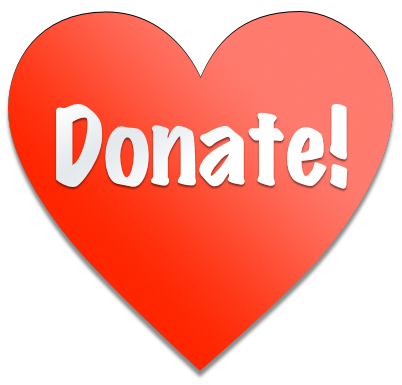